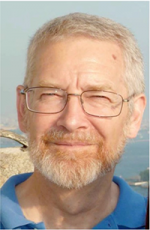 One of the interesting things about getting older is that memories become a bit more elastic and you find yourself thinking about things that you have experienced and realize that they occurred an age or so ago.

So it is with e-Volunteerism. To me it doesn’t seem all that long ago that Susan and I were first discussing the need for an online journal of some sort. We were, I think, each fascinated by the potential of this new thing, the Internet, to bring people closer to both information and to each other.

This was, you need to understand, in the era of dial-up modems which seem so ancient and cumbersome that it’s now difficult to understand what we were thinking about. If you’re old enough to remember that weird screeching sound over the phone as two modems connected, recall, if you would, how unimaginably primitive the whole thing was at the time.

As in most things, however, it was the vision that carried us through, and the end result was a design for e-Volunteerism that has remained remarkably unchanged over the past two decades.

Part of that vision was involving as many people as possible, so from the beginning we (mostly Susan) reached out to everyone we knew and coerced them into contributing something and then berated them until they thought of something else to submit. And every bright new face we met at a training or talked with over the phone was invited to send in an article or even just an idea. One of Susan’s greatest talents was nurturing new writers and editing their work to levels I’m sure the authors never thought possible. And so a substantial portion of thinkers about the practical aspects of volunteer involvement either got their start at writing or at least got to admire their one and only success at putting thoughts into published form.

Over the years more than 400 people from 27 countries have written an article or participated in a published discussion. Considering that there have been only 80 issues in all that is a remarkable record of involvement.

As Rob Jackson points out this issue’s lead feature article, one of the most incredible aspects of this is that all of this body of experience was readily available to everyone who subscribed. Susan and I realized very early on that the most useful attribute of the Internet was that, unlike print publications, things could have depth, and purchasing one issue didn’t need to limit you to just what was in that issue. So the archives of e-Volunteerism represent the single largest body of diverse knowledge about volunteerism ever gathered. To a business offering this to any subscriber would seem insane; to us it just seemed like a really neat idea.

They’ve been going in and out of style…

All things, however, need to grow and change. In the words of one of my favorite Nobel Prize winners, “those not busy being born are busy dying…”

So it is with e-Volunteerism.

The world is a different place than when Susan and I had a dream twenty years ago. It has more challenges, more complications, and more opportunities. The current changes in society caused by the coronavirus represent all of those, and will require very different solutions, most of which will have to be invented since the old ways of doing things simply aren’t going to suffice.

People have asked me why I retired eight years ago. The answer is remarkably simple.

But they’re guaranteed to raise a smile…

And I heartily wish all of you the same experience when your time comes. Life is a remarkably beautiful thing and we all need to remember to live it to the fullest.

In our professional field the results have been equally gratifying. New names have arisen, new leadership organizations have sprung up, new ideas are sprouting. All of these imaginations can contribute to the massive challenges that volunteering (and everything else) now faces. I won’t guarantee that the new generation will be any more successful that mine was but I’m equally sure that it will be one heck of an interesting ride.

So let me introduce to you…

Uh, the one and only Rob Jackson?

About whom the only comment I will make is to note that Susan once told me that if she and I had ever decided to have an illegitimate child, she hoped it would turn out to be Rob.

Both you, and e-Volunteerism, have turned out to be everything we ever dreamed.