Not Everything that is Voluntary is Volunteering

Volunteering. We all know what it is, right?

Here's how the United Nations defined it in its "Volunteers Report," prepared for the UN General Assembly Special Session on Social Development, Geneva, February 2011:

“There are three key defining characteristics of volunteering. First the activity should not be undertaken primarily for financial reward, although the reimbursement of expenses and some token payment may be allowed. Second, the activity should be undertaken voluntarily, according to an individual’s own freewill, although there are grey areas here too, such as school community service schemes which encourage, and sometimes require, students to get involved in voluntary work and Food for Work programmes, where there is an explicit exchange between community involvement and food assistance. Third, the activity should be of benefit to someone other than the volunteer, or to society at large, although it is recognised that volunteering brings significant benefit to the volunteer as well.”

Except that isn’t the definition of volunteering, just one of them. Others include:

“Volunteer is one who introduces himself into matters which do not concern him and who does or attempts to do something he is not bound to do.”  – Mock v. Sears Roebuck and Co., 427 NE2d 872 (1920)

And here’s a personal favourite from the late Ivan H. Scheier, a colleague, friend, and cutting-edge thinker in the field of volunteerism. This is the only definition we know that is written from the perspective of the volunteer:

“Doing more than you have to – because you want to – in a cause you consider good.” – Ivan. H. Scheier

The word ‘volunteer’ doesn’t always neatly fit with our accepted definitions. The USA, for example, has a volunteer army, by which they mean they do not have conscription. The soldiers are, however, paid and not volunteers in the sense many would understand the term.

So, we conclude, language is important. But sometimes the conversations we have about the terms we use can result in naval gazing and little practical relevance.

The Language of Volunteerism - Two Examples

In Rob’s 24 years in the field, the language of volunteerism has changed little. This risks holding us back. Without clarity we struggle to influence, to advocate, and effect change. As the late John Ramsey, the founder of the Association of Volunteer Managers, once put it:

“Language is incredibly important. It enables us to shape our thoughts and ideas, give voice to our emotion and shape identities. To say that we shouldn’t get caught up in the semantics of volunteering surely undermines the whole concept of volunteering?”

Recently we read two articles from the USA that caused us to reflect on the language we use and it’s impact on our practice.

The first, from Pembroke Pines, Florida, summarised a scheme where parents were required to do 30 hours of “mandatory volunteering” for the charter schools their children attended. However, an exemption existed to excuse 20 of those hours if parents were willing to pay the schools $300. The scheme has been stopped because it’s against state law. Read about it here.

The second details the story of a Washington State American football player who was given an award in recognition of his 240 hours of service to the local community. However, those hours were served as part of a plea deal to rid the player of a felony robbery charge. Read about it here.

Both articles raise the question of whether volunteering is something that can be required or mandated and raise practical issues that leaders of volunteers need to consider.

In the case of the Florida parents, they voluntarily chose to do the mandated hours or give money, but many will struggle with the idea that they are volunteers. Now the option to pay down two thirds of the hours have been removed, how will the parents feel? Will they resent giving an additional 20 hours? Will that make them good volunteers? Will it be harder to manage them, to get the best from their service?

In the other story, the young sportsman voluntarily chose to do 240 hours of service instead of taking a felony charge. As the article says, “That's hardly ‘volunteering’ for community service.” Yet someone did count it as volunteering because he received an award for the time he gave. If the young man was a fantastic volunteer, someone who met all the requirements of the award in every other way, shouldn’t he be due the recognition regardless of how he came to give his time? Are we only going to allow recognition for those who give us time and are pure of heart? 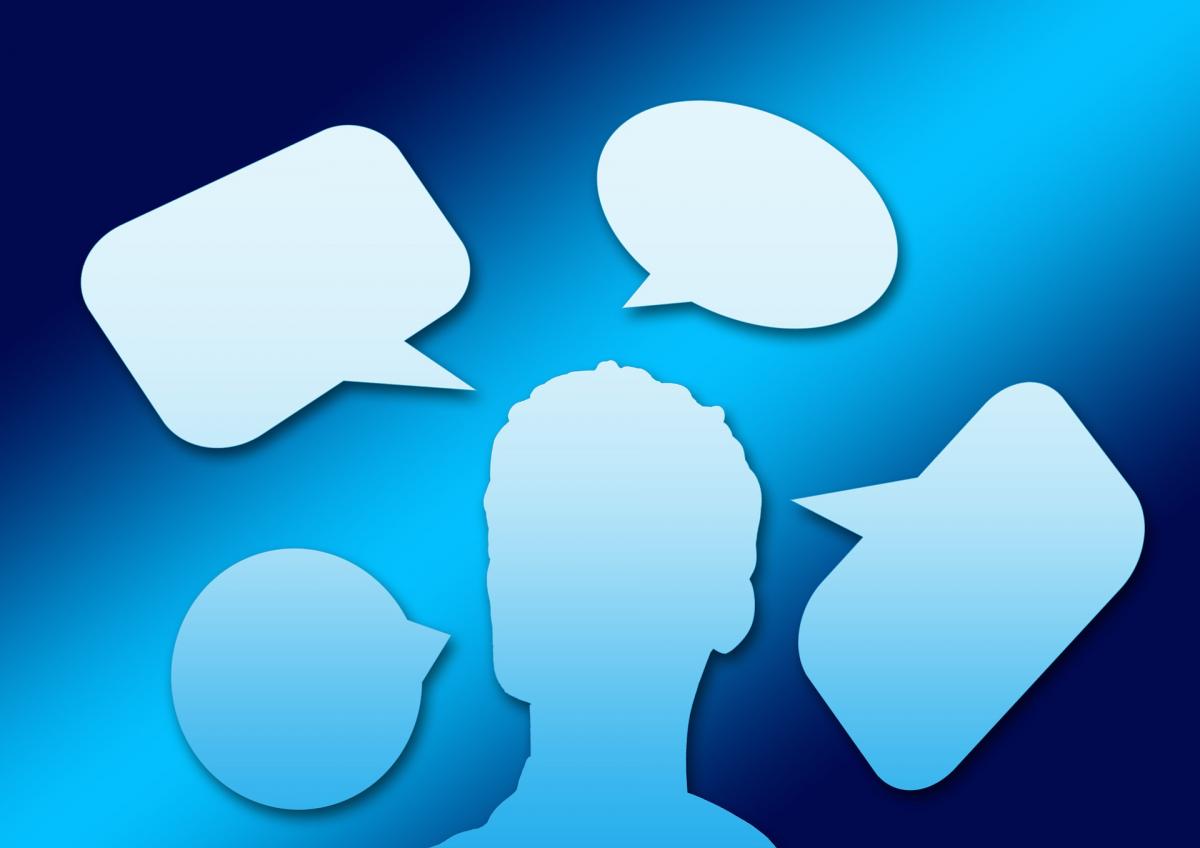 See, language matters. It matters because it shapes how we organize our work as leaders of volunteers, and as importantly, how more senior leaders shape it for us. From policy to practice, how volunteers and volunteerism are defined may be an arbitrary line in the sand, but it’s one that has broad implications for our daily work and the future of the profession.

In many organizations, anyone who isn’t paid typically falls under the Volunteer Department’s realm. Usually this includes an assortment of student placements, advocates, storytellers, and quasi third-party event organizers alongside the more traditional volunteers. This broad definition of ‘volunteer’ can make for a number of challenges, as can a much narrower one.

On the one side, having a broad definition of who a volunteer is means that Volunteer Engagement gets to be involved and integral to the functioning of the entire organization. This helps cement the value and impact of volunteers in the minds of non-volunteer engagement staff. However, this loosely-identified group can also dilute the attention and focus of the Volunteer Engagement team, pulling us in a million different directions and eating up time better spent elsewhere.

On the other hand, some would say that being so narrowly defined limits the scope and influence of the Volunteer Department. This perspective was outlined in an excellent article by Martin J. Cowling and Jayne Cravens, “Sabotage Part Two: How Managers of Volunteers Diminish Their Role”.

In Erin’s experience, using the phrase “voluntary, not volunteer” has been helpful when discussing boundaries, as well as when distinguishing who is defined as a volunteer or not, without diminishing anyone’s contributions. There is no value judgement in saying someone is or isn’t a volunteer; it’s simply a way to organize the nature of our relationship with individuals and groups of people. We would never consider it an insult to say that someone is a participant, donor, or third-party event organizer but not a volunteer, just like it doesn’t make someone better or more valued because they’re a volunteer. Nonprofits and charities rely on the support of a range of contributors, people who give in a number of ways and for a variety of reasons. Volunteering is one way, but it’s not the only way.

Much like the school parents and young sportsman examples cited above, volunteer engagement is as much about the ‘what’ as the ‘how.’ Voluntary choices and actions are a big part of what defines volunteerism, but is no different from a donor, who voluntarily chooses to give a specific amount of money to a specific charity, and yet Volunteer Engagement is never presumed to have any oversight with donors.

The definition of who a volunteer is (or isn’t) within an organization doesn’t have to perfectly align with the broader definitions we are all so familiar with, such as the UN definition at the start of this article. In fact, there is a tension that must exist with how we internally define formal volunteering within an organization based on workload and purpose. Leaders of volunteers in charities and non-profits are usually the least resourced team (if there’s even a team as opposed to one brave soul!) and are limited in how many people they can support effectively and by what they see as their function. Consider: would you be happier and more effective in creating meaningful ‘volunteer’ experiences if you were suddenly responsible for everyone who was a ‘voluntary’ contributor to your organization?

Leaders of volunteers focus mainly on formal volunteering, facilitating the involvement of community members’ skills and talents in volunteer roles that advance an organization’s impact in pursuit of its mission. To do that effectively, we must be selective in where we focus our time and energy, lest we be stuck in the administrative minutia and the revolving door of recruitment and screening. Recruitment and screening need to happen, but those have minimal impact on how we realise the desired outcome of volunteer engagement. If we’re supporting everyone and anything that’s unpaid, it becomes impossible to devote the needed resources into the activities that actually drive and result in volunteer engagement.

We cannot be all things to all people, both within our own organizations and more broadly, so choices must be made. These are not easy choices. There is no shame for leaders of volunteers to have laser-like focus and boundaries on what we do and who we support.