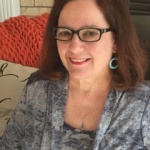 Paula J. Beugen, of Golden Valley, Minnesota, has proactively volunteered with others to advance a volunteer resources management perspective in public policy discussions concerning the Serve America Act and other timely volunteerism policy issues. She has also advocated on these topics as a private citizen. “Many more voices from the volunteer resources leadership field must be heard in order for the implementation of the Serve America Act to be most successful and lead to the greatest results in communities,” according to Beugen.

Beugen has been an active leader in the field of volunteerism and volunteer resources management for more than three decades. She has served in a variety of paid and unpaid leadership roles in several sectors of the volunteer community. Beugen is a former appointee to the first Governor’s Office of Volunteer Services Advisory Committee in Minnesota. She is a former staff member of the Minnesota Office on Volunteer Services.

Towards a More Cohesive Volunteerism Public Affairs Strategy: A Story, Steps and Lessons from Minnesota
07/15/09
View all articles