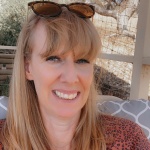 Roxanne Withers has worked within local government for the past 13 years in a range of positions that involve volunteers.

As the Volunteering Development Officer for the Adelaide City Council, Withers developed a successful volunteer management framework and worked hard to create a culture where volunteers are highly valued by the Corporation.

Withers has always been a proud member of the Union movement. In her work at the Adelaide City Council, she has been an active Workplace Representative and a member of the Enterprise Bargaining Team. In addition Withers serves as a Branch Councillor for the Australian Services Union - Adelaide.

Through participating in the National Anna Stewart Memorial Project (which aims to increase women’s active involvement and increase the union movement’s acceptance and understanding of women members), Withers  saw an opportunity to bring the union movement and the volunteer sector together. She lobbied the union movement to recognise that workplace representatives were in fact volunteers; by working together, she argued, the rights of both paid and unpaid staff could be protected and enhanced.

The former CEO of Volunteering SA, Moira Deslandes, Withers worked with SA Unions to also bring the two sectors together. With the support of the Australian Services Union, SA Unions and Volunteering SA developed an agreement which outlines shared values and principles between the two sectors. The draft agreement was consulted on with numerous volunteer and union groups and received a great deal of support. It was launched by the South Australian Government during Volunteers Week May 2007 and provides a positive starting point for on-going working relationships between the union movement and the volunteer sector.