We Are Building Back Better, But For Whom? 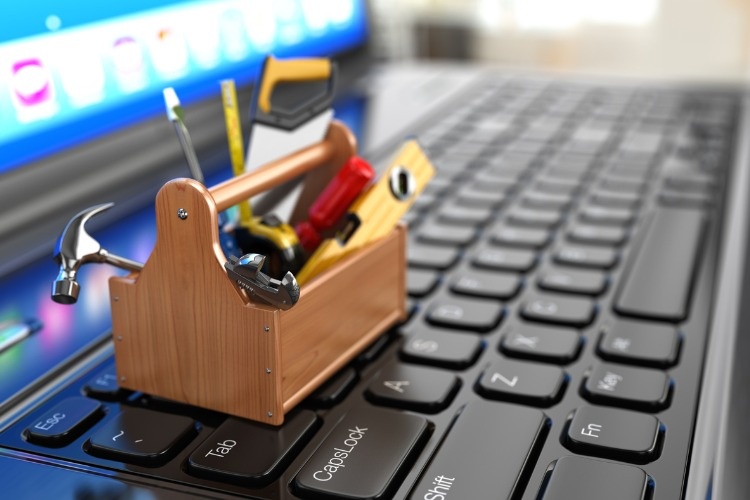 The light at the end of the COVID-19 pandemic tunnel may finally be coming into view. After over a year of lockdowns, restrictions and changes to how we all live, there is the promise of a return to something like the lives we used to lead.

“The Great Pause”, as some have called it, has led many to contemplate how post-pandemic life can be different, better, fairer than before. One phrase that sums up this aspiration is ‘building back better’. It’s being used more and more by individuals, institutions and governments around the world to encapsulate issues such as: social justice; equality, diversity and inclusion (EDI); a more environmentally conscious and sustainable way of living; and a more community-oriented approach to daily life that is less selfish and materialistic.

Many civil society and for-impact organisations are embracing this narrative. At the same time, for-impact organisations have faced significant losses of revenue and many have had to furlough or reduce staffing while need for their services has grown. Rightly, they are exploring how they can change the way they operate and attempting to find the silver lining on the COVID-19 cloud while maximizing their impact. Some conversation starters have no doubt sounded like these examples:

It makes sense that for-impact organisations are doing this thinking, not only as a reflection of the need to change the way they work but as responsible corporate citizens who contribute to the communities they operate in and the planet we all share.1

In this Points of View, we wonder: Are you, as leaders of Volunteer Engagement, actively involved in ‘building back better’ discussions in your organisation? Have you been invited to be a part of these conversations?  Have you asked if these conversations are happening and whether you can be involved? Have you asked if you could help lead these discussions, given your role as head of one of the largest stakeholder groups?

Because if you’re not actively engaged in these discussions, will volunteers even be considered? Here are some possible scenarios for what might happen if we are left out of the building back better conversations.

We’ve already heard of large, for-impact organisations who have decreed that all staff (i.e., employees) must only use certain platforms like Microsoft Teams for online meetings and calls. It’s an understandable decision if the organisation is heavily invested in the Microsoft and Office 365 infrastructure. But it causes a few issues for volunteers.

First, Teams is perhaps the most user-unfriendly online call and meeting software known to human kind. It works OK if you’re on an organisational server with colleagues using Word, PowerPoint, Excel and the like. But that access is rarely extended to the majority of volunteers involved with your organization. Consider also the challenges faced by expensive per user license fees for some tools and databases. How will that work for the army of volunteers who so often support critical work like data entry?

Volunteers are increasingly working off-site, which means off-network, and using a variety of computers, tablets and operating systems. Their access is mainly through the unstable web-browser interface. If they want something better, they may need a more up-to-date computer or mobile device, which means that volunteering with an organisation will require a significant financial outlay they maybe can’t afford.

And if they use a non-Windows operating system (e.g., MacOS, Android or iOS), even that solution may not work very well. Rob did a presentation on Teams last year only to discover as his workshop started that Teams wouldn’t let him use the Keynote software on his MacBook, only PowerPoint! (Cue hurried exporting and reformatting during the opening icebreaker).

So, as we can see, an entirely understandable decision about an IT infrastructure that works for paid staff can immediately result in significant and costly barriers that prevent or limit volunteers from engaging with you, potentially putting volunteering beyond the reach of many people. At the crux of the matter, it brings into question who is truly considered part of the team or not.  Which brings us to our next point.

Since the tragic murder of George Floyd in May 2020, more attention has been given to the need to dismantle structures in society that exclude and separate people. As we strive for more equitable, diverse and inclusive communities and workplaces, some of the building back better decisions that our organisations are taking have the potential to pull the rug from under such efforts with volunteer teams.

Is it really helping our EDI efforts to require volunteers to buy expensive technology or presume a level of bandwidth or even basic Internet access to be able to volunteer? With more people working and schooling from home at the same time, and limited bandwidth and devices for video calls and the like, who are we excluding when we make these decisions? What impact will those barriers have on our ability to truly include everyone in our communities, let alone our work?

More broadly, if we invest heavily in a future that is increasingly online without addressing issues of digital literacy and exclusion, do we further compromise our EDI goals, regardless of which technology platform we choose?

In 2019, the UK’s Time Well Spent research found that 18-to-34-year olds were most likely to say that volunteering was important to them as a way to combat social isolation. We now know that this generation has been disproportionately, negatively impacted by the COVID-19 pandemic. Could the potential loss of face-to-face, in-person volunteering opportunities — driven by organisations not thinking volunteering in their future plans — further exacerbate the difficulties young people face?

We also know from multiple points of data that BIPOC (Black, Indigenous and People of Colour) and people from lower socio-economic levels tend to volunteer less.2 With competing demands on their time and less access to the resources that open doors to formal volunteering, are we undermining the positive steps we are intending by limiting the channels and opportunities we have available for formal volunteering?

The office of the future

As organisations think about their future office space needs, is volunteering and the role of volunteers even being considered?

Perhaps less space is needed because fewer paid staff will regularly be in the office as more choose to blend office time with increased amounts of working from home. But will volunteers follow that same pattern or will we need to retain space to accommodate them in the office? With so many changes to how we work, we’re hearing about less need for the common and prolific volunteer office roles. And these should-be obvious questions have surfaced:

Many years ago, Andy Fryar, founder of OzVPM and manuscripts developer for Engage, spoke about the need for Volunteer Engagement leaders to take a step in our evolution and become a persuasive profession. As Andy put it:

“We need to learn to influence, to develop key relationships - instead of simply just adding another volunteer to the team.”

Now, more than ever, Andy’s call for us to step-up and influence is a vital rallying-cry to leaders of Volunteer Engagement around the globe.

We recognize that the sea-level changes we’re living through means that we need to let go of some things because they no longer work for the world being created. We also recognize that the purpose of our organizations is not to provide volunteer opportunities but to deliver on their missions. However, as we continue to push Volunteer Engagement as a core strategy to achieve goals, then we must take into consideration who those volunteers are who they are not.  After all, as Volunteer Engagement’s Faiza Venzant reminded us during the 2019 Hybrid Conference, the famous “Field of Dreams” quote – If you build it, they will come – isn’t true; it’s more accurate to say that “If you build it, only the people you built it for will come”.

More volunteers doesn’t equal better, but fewer volunteers from a smaller pool of people cannot possibly be in the best interests of our mission or the people we serve, can it?  We must ensure volunteer involving organisations build back better for everyone, not just paid staff.

If we do not stand up and make ourselves heard in the building back better discussions taking place in our organisations, we risk allowing a future that limits the potential of volunteerism and limits our ability to transform the for-impact sector for the better. That would be a crying shame after a period in world history where volunteers have been so vital to the health and well-being of millions, if not billions, of people around the globe. If this hasn’t demonstrated the power and value of volunteers, we don’t know what will.

Volunteers deserve better. And we all benefit when we build back better with volunteers in mind.

[1] NOTE FROM AUTHORS: We know for-impact organisations aren’t “corporates” in the sense of private businesses, but we do believe they have the same responsibilities to their communities as any other institution, regardless of sector.

[2] NOTE FROM AUTHORS: See the following for examples tying race and socioeconomics to volunteer rates: