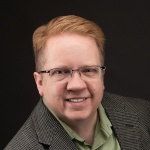 Todd McMullin graduated in Non-profit Business Administration (1993) and embarked on a journey to improve the world. Within three years he had founded a United Way chapter, a Volunteer Center, and a software company focused on volunteer recruiting & management.

Following 9/11, he founded the Disaster Help Network (DHN), which provided volunteer systems and consulting for 35 percent of the U.S .population and was the official response system for Florida and Alabama during the 2004 hurricanes. He has also designed, deployed or supported volunteer systems for the Smithsonian Institution, USO, Disney Worldwide Services, the U.S. military, a dozen state governments and hundreds of schools, NGO's and shelters.

In 2007, McMullin co-founded the Association for Leaders in Volunteer Engagement (AL!VE) along with Susan J. Ellis and many others. Since then he has become an outspoken advocate, keynote speaker and presenter for peer-to-peer engagement and the National Platform concept. McMullin brings experience with multiple volunteer management software solutions and an overall vision for the future of volunteerism.

Digital Care Circles: The Future in Volunteering?
01/10/23
View all articles